The EMI's Vascular Health theme aims to evaluate vascular risk factors and dementia, taking a bench-bedside-population approach – from genes to 'big data'. The ultimate goal is to understand the vascular contribution to brain health and optimise interventional trials in the quest to find disease-modifying treatments for dementia.

DPUK and UK DRI held a joint workshop on experimental models in vascular disease and cognitive impairment at the University of Manchester from 17-18 March 2022. The event was attended by more than 50 researchers from all career stages and will be followed by outputs including a proceedings paper, collaborative grant applications, and the establishment of working groups in a number of areas.

The most prevalent vascular cause of cognitive impairment is cerebral small vessel disease (SVD), a group of diseases affecting the smallest blood vessels in the brain. SVD is seen on brain scans as white matter hyperintensities (areas of increased brightness), lacunes (fluid-filled cavities), microbleeds, and enlarged perivascular spaces (fluid-filled areas surrounding blood vessels), and can present with a variety of clinical symptoms. We are using large, multi-modal datasets held in the DPUK Data Portal or supplied by individual teams working in this area. Analysis of these datasets allows us to generate mechanistic hypotheses, to shortlist potential treatments, and to optimise the design of interventional studies.

As well as funding discrete experimental studies, DPUK oversees the running of a wider Vascular Health network, which benefits from multidisciplinary expertise and includes international leaders in dementia and stroke medicine, neuroimaging, drug trials, neuropathology and translational biology. The group has representation from centres of excellence across the UK. We are keen to develop capacity and raise standards in vascular-brain research. To this end we hold workshops and publish best practice guidance.

We actively encourage collaboration with industry partners. We are currently discussing projects with SloWave Therapeutics and Corvidane Bio. Previous partners include GlaxoSmithKline and Araclon Technologies.

The DPUK Vascular Health network has an active LinkedIn group that welcomes new members from academia, industry and funding bodies with an interest in vascular health and dementia.

Read more: Could drugs that manage heart disease be used to treat dementia? 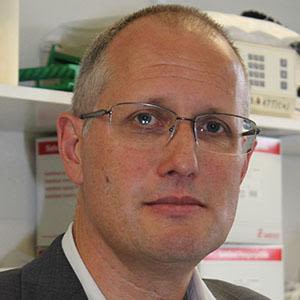