Huntington’s disease: a rare cause of dementia

Huntington’s disease is an inherited genetic disorder affecting movement and cognition that gradually gets worse over time and causes dementia.

Huntington’s disease is caused by just one faulty gene called Huntingtin. Ordinarily, this gene produces a protein called huntingtin that is crucial in development and in maintaining healthy neurones (nerve cells in the brain). These functions are disrupted in the defective Huntingtin gene causing damage to the brain. 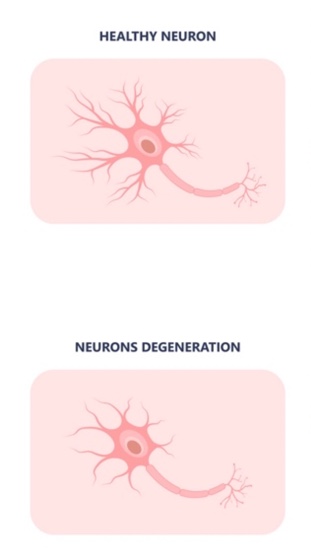 Although everyone with Huntington’s disease experiences it differently – just like any other type of dementia – there are some common patterns of symptoms. There are three main functions that are affected by Huntington’s disease: movement, behaviour, and cognition.

The movement symptoms usually appear first and include involuntary movements, difficulty making voluntary movements, clumsiness, slowness, and stiffness. As the condition progresses, the movement disorder becomes more pronounced, and people often have a trouble eating and speaking due to lack of muscle control.

Changes in behaviour and personality are more common in Juvenile Huntington’s disease and can involve becoming more irritable, depressed, and angry. Cognitive symptoms include difficulty planning, concentrating and thinking – you can read more about cognition in this blog post.

Unfortunately, there is currently no cure or specific treatment for Huntington’s disease, and it is usually fatal within 20 years. However, there are interventions that can help manage some of the symptoms such as speech and language therapy and physiotherapy.

Posterior cortical atrophy: a dementia that affects the vision

Posterior cortical atrophy (PCA) is a type of young-onset dementia affecting vision that is caused not by problems with the eyes, but by damage to the back of the brain.