Can dance help defend against dementia?

There are many things about dancing that make it great for our brains and bodies, but can its benefits extend as far as improving the thinking skills of people with dementia?

It is only recently that researchers have begun directly focusing on the effects of dance on people with dementia and mild cognitive impairment (MCI) – often a precursor to dementia. But already the topic is yielding positive results.

Initially, a review from 2017 found that dance had a positive effect on people with dementia’s thinking skills, also known as cognition. You can read more about cognition in this blog post. The review paper also found that dancing improved participants’ physical, emotional, and social performance. However, the authors were cautious about the findings and call for more studies to be conducted into dementia and dance.

Since that positive review, researchers have been designing specialised dance routines for people with dementia and MCI. In 2019, a dance instructor created a dance programme informed by the natural movement of people with dementia to reminiscent music. She then taught them the movements in a routine over a series of sessions and found that they quickly reported improved quality of life, humour and even memory recalling. You can read the full study here.

Most recently, a review published in 2021 concluded that dance interventions used to support people with dementia improved their agitation and cognitive function. Following this, the authors recommend that people with dementia take part in dance sessions lasting 30-60 minutes for at least six weeks. 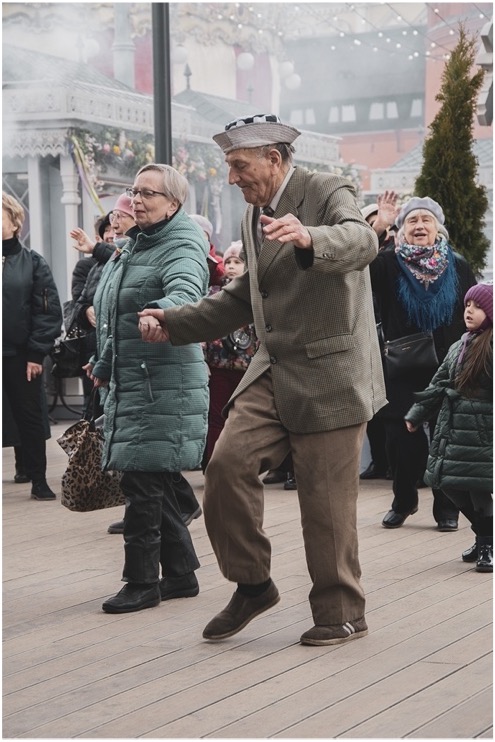 Why could this be?

Firstly, dance is a great form of exercise – it usually gets multiple parts of the body moving, increasing heart rate. It has been well established that people who exercise regularly are less likely to develop dementia. This is likely to be because exercise reduces the risk of obesity, high blood pressure and heart disease, which are all risk factors for dementia. Ultimately, exercise is good for the heart and blood vessels – you can read more about how heart and brain health are linked in this blog post.

Although dancing alone can be very liberating, most times we dance it’s among other people at a party or a dance class. This added social aspect helps to stimulate the brain as it requires fast processing of complex information. In fact, lack of social stimulation is even linked to an increased risk of dementia.

Lastly, dancing usually involves music. There is increasing evidence that music can improve the attention, cognition, memory speech, and communication skills of people with dementia. Reminiscent music can also help revive memories of past events that a person with dementia hasn’t been able to access. If you want to learn more about how music impacts dementia, check out this blog by Dementia Science and this review paper.

If you would like to take part in a dance class to improve your brain health, have a look at some of the following organisations.

Arts4Dementia run a weekly dance class online for older people, including people with dementia and their caregivers. The group is called Live Well Dance Online and works using the video calling platform Zoom.

Age UK welcomes anyone over the age of 55 and has many centres across the UK running dance classes. Have a look on their website to see if there are any classes near you.

A company in South London called BalletBoyz run bespoke dance classes for people with Parkinson’s disease called Parkinson’s CAN Dance. Parkinson’s often causes dementia - you can read more about how dementia and Parkinson’s are linked in this blog post.

The Scottish Ballet run free weekly classes for people with dementia and their caregivers called Time to Dance. They have live music at the sessions, which are suitable for everyone – including children and wheelchair users. They also have a programme for people with Parkinson’s disease called Dance for Parkinson’s.